Don’t Get Tricked! Larceny by Trick is a Crime | Sanctuary Bail Bonds 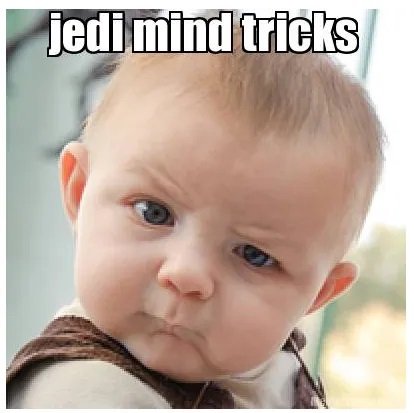 Private property is almost sacred in the United States. 17th century English philosopher John Locke, who greatly influenced Thomas Jefferson and the other authors of the Declaration of Independence, said that all people have the right to life, liberty, and property.

Yes, the Declaration states that people have the right to “life, liberty, and the pursuit of happiness.” But there is a long and rather uninteresting story behind this change. Neither the story nor the change is particularly relevant to this post but it is a good FYI tidbit.

At any rate, because of this principle, all states, including Arizona, have rather strong larceny laws. Yet larceny or theft is a rather narrow offense which does not apply in many cases.

Assume Tom entices Nick to loan him his car on a permanent basis. Tom has not committed larceny, because he did not actually take the property (Nick gave it to him) and he did not obtain title to the car. But, most people would agree that Tom deserves punishment. So, Tom may be guilty of larceny by trick or larceny by false pretenses.

What is Larceny by Trick?

1990’s State v. Johnson is perhaps the leading case in this area. Johnson was a delivery driver for a shipping company. The company issued its employees fuel cards, which were basically debit cards valid only at gas pumps. Since this all went down in the 1980s, the company had basically no way to track individual purchases. So, fraud was rather common.

Eventually, company officials noticed that Johnson used his card a lot. The company called police, who staked out a nearby gas station. Police caught Johnson’s cousin, a non-employee, using a company gas card to gas up his motor home. During questioning, the cousin implicated Johnson in an extensive fraud scheme. Johnson was arrested and charged with participating in a fraudulent scheme or artifice, which is basically larceny by trick.

Instead, a false statement must be more than an “implied promise of honesty,” the court ruled. Any subterfuge or misrepresentation will do, but the state must be able to point to a false statement of some kind.

So, Johnson was guilty of theft, but he was not guilty of larceny by trick or any similar offense.

Larceny by False Pretenses in Arizona

Larceny by trick is a fairly straightforward crime. It’s basically lying to someone to gain property rights (like the use of a credit card) that you do not lawfully have. Larceny by false pretenses, on the other hand, has a lot of moving parts. The elements of this offense are:

In Maricopa County, prosecutors usually only press larceny by false pretenses charges in very limited circumstances, such as obtaining money by impersonating another person or obtaining credit by lying about past or present financial circumstances.

Since larceny by trick and larceny by false pretenses are both property crimes, several non-jail dispositions may be available. In State v. Johnson, the defendant was sentenced to prison not because of the enormity of the scheme, but because he had some prior convictions.

So, defendants who complete pretrial diversion have no conviction record, but they do have an arrest record. In the future, if anyone asks about the arrest record, a simple explanation like “I hired a lawyer and the lawyer took care of it” can often satisfy as an answer for the inquirer.

Deferred disposition produces a similar result. This option may be available if the defendant has a criminal record that’s both very minor and unrelated to larceny. If the defendant completes probation, the judge dismisses the case. Probation in a larceny by trick case is usually at least several months. Common conditions include reporting to a probation officer, paying fines and fees, and staying out of trouble with the law.

If the prosecutor does not offer deferred disposition, an open plea may be an option. During these proceedings, defendants plead guilty and almost literally throw themselves on the mercy of the court. The judge often hears from character and other witnesses before passing sentence.

These options may be unavailable if the defendant does not secure a pretrial release by working with a bonding agent at Sanctuary Bail Bonds (Phoenix bail bonds). Defendants who do arrange to get free on bond and remain in jail often feel pressure to accept unfavorable plea bargains just to get it over with. This can have a lasting negative impact on your life that you may not be able to predict while you are waiting for trial. It is in your best interest to contact Sanctuary Bail Bonds for more information about larceny and larceny jail release options. We offer FREE professional bail bond consultation and offer compassionate and fast bail bond release throughout the state of Arizona and our award-winning professional bonding services are available 24/7. We take the time to listen and we are your friend! Contact us at (602) 224-5247 or (602) BAIL-247. To learn more visit our FAQ-page.