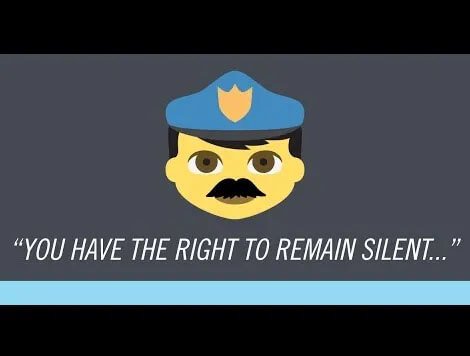 If you have seen a cop or lawyer show on TV, you are probably familiar with the Miranda rights. These rights, such as the right to remain silent and the right to a lawyer, are all found in the Bill of Rights. They lay the groundwork for police questioning procedure. Miranda v. Arizona is a 1966 case, so the rule is firmly established. But the application is still in flux. For example, some courts have recently held that defendants who do not expressly and explicitly stand up for their rights (e.g. “I refuse to answer your question on the grounds that my response may tend to incriminate me”) cannot later enforce them in court.

The right to pretrial release is also in the Bill of Rights. It is very important to assert this right. Otherwise, the presumption of innocence can basically be turned into an “implied” presumption of guilt. Incarcerated defendants often accept unfavorable plea bargain agreements just to get it over with. So, a partnership with a lawyer is essential, and so is a partnership with Sanctuary Bail Bonds (Phoenix bail bonds).

Officers must inform defendants of their Miranda rights when custodial interrogation begins. That rule seems straightforward, but it is rather complex.

If officers fail to timely Mirandize the defendant, the fruit of the poisonous tree doctrine may apply. Any answers the defendant gives, or any evidence that officers find, may be inadmissible in court. Once again, there is a considerable grey area. Assume officers question Susan about a hit-and-run. She says she was at a grocery store at the time. If officers find parking lot surveillance video which shows her leaving just before the hit-and-run, that video is probably inadmissible, unless she received her Miranda warning before she answered their question.

The Rights You Have

Many people think they know what the Miranda rights are because they have seen lots of NYPD Blue reruns. But they may not know what these rights mean.

However, the right to remain silent is not unlimited. People must identify themselves to police officers and provide documents, such as proof of insurance, upon request. Furthermore, people must obey basic commands, like “step out of the car.”

Regarding your Sixth Amendment right to counsel. Sometimes, if the suspect asks for a lawyer, an officer might say they will arrest the suspect if s/he does not cooperate. Technically speaking there might not be just cause at that moment for an arrest but this might be done when there is a high stress situation and they are wanting to bring control to the situation. You might call this “bluffing” a little, but an arrest was probably inevitable at that point, whether the suspect asked for a lawyer or not. More on that below.

The Rights You Do Not Have

Suspects do not have the right to select the time, place, and manner of questioning. They cannot tell officers to come back later. Investigators might take advantage of this by demanding that suspects come to the stationhouse in the middle of the night or some other inopportune time that could make a suspect feel especially vulnerable.

Furthermore, you do NOT have the right to the truth. Police officers walk a fine line between a full-truth and a half-truth. One extra word either way could sway the court to dismiss or a suspect to confess. One police officer “bluff” was mentioned above. Another one is the venerable “your buddy rolled over on you” line. Patent lies like this one may go too far. But courts may uphold half-truths like “we have your buddy in custody” even if the buddy is still at large.

Technically, if the police say you are a “material witness,” you do not have these rights. This status is incredibly controversial, especially in the post-9/11 world. Generally, police officers must press charges or release “material witnesses” within twenty-four hours. The time limit is longer in some cases, like murder. The time limit is almost indefinite with regard to terrorism.

On a related note, attorneys have an absolute right to be physically present during questioning. But if you appear before a grand jury, you do not have the right to counsel. In fact, your lawyer cannot be in the same room. Defendants can ask for recesses to consult with counsel. But if they do so, they might as well put up a “Indict Me” sign. All kidding aside, this request from a defendant will definitely get noticed by the court.

As mentioned, the “fruit of the poisonous tree” rule may exclude testimonial or physical evidence. Lack of evidence could affect both pretrial release and ultimate disposition.

So, if your lawyer asks about Miranda warnings prior to a bail reduction hearing, your lawyer is not just fishing. They are asking a very important question that deserves a thoughtful answer.

More importantly, Maricopa County prosecutors or any prosecutor for that matter must establish guilt beyond a reasonable doubt. In other words, the evidence against the defendant must be so overwhelming that guilt is the only possible conclusion. If even a little evidence is unavailable, that may be enough to change the outcome of a trial.

For more information about bail and pretrial bail release procedures throughout the state of Arizona, contact Sanctuary Bail Bonds. Their award-winning fast, friendly, and professional service is available 24/7 every day of the year. Professional and discreet bail bond services are what everyone deserves and Sanctuary Bail Bonds delivers! Licensed and professional bail bond agents are ready to help you. Contact us at (602) 224-5247 or (602) BAIL-247. To learn more visit our FAQ-page.