What’s the Difference Between Probable Cause and Reasonable Suspicion? | Sanctuary Bail Bonds 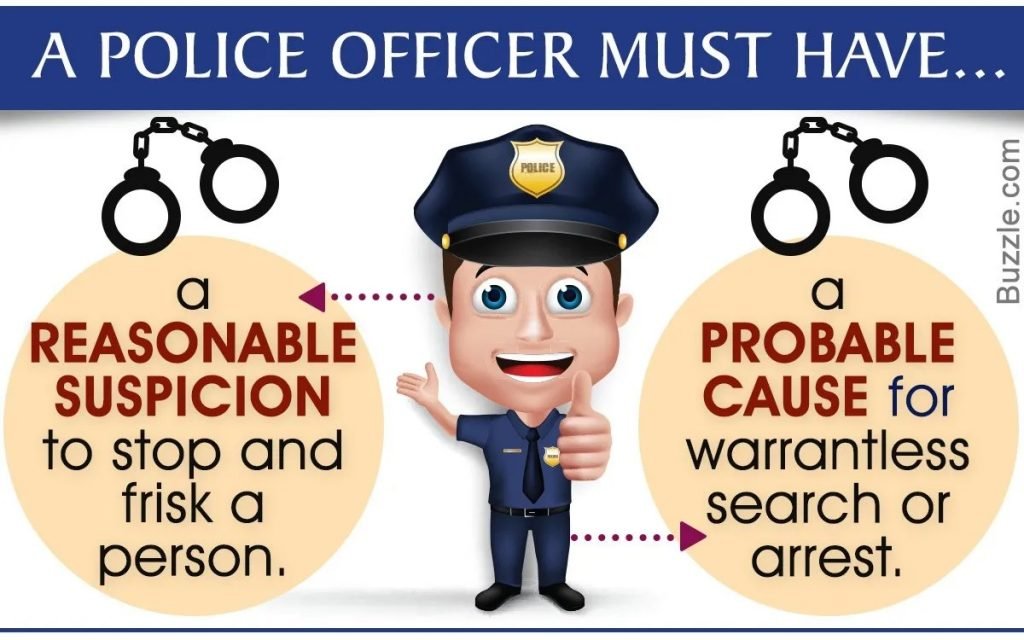 America’s criminal justice system may have its share of problems, but for the most part, it is one of the fairest systems in the world. In some other countries, police officers routinely accost people on the streets who are doing nothing wrong. Officers then arrest people if they do not say the right things or offer a large enough bribe to make them go away. And after all that, there is certainly no “bail bondsman near me”, if you have been arrested. People wait in jail, sometimes for years, before their case comes up for “trial.” That trial may be little more than a showpiece with your name attached to it.

When things like this happen in Arizona, there are laws in place to protect people and Sanctuary Bail Bonds is there to quickly get you out of jail (bail bond near me). Furthermore, defendants have the right to a good attorney who can stand up for their rights in court. Very few other countries have both these things.

Many times, this activity has nothing to do with the arrest. For example, an officer might pull over a motorist for speeding, but all the while intends to charge that person with DUI; more on this below.

Additionally, the Supreme Court has watered down the reasonable suspicion rule in recent years. In Heien v. North Carolina, officers pulled over a car that had only one working taillight. After an investigation, the officers arrested the people in the car for drug trafficking. That all seems perfectly straight forward, until one considers state law. Under North Carolina’s oddly-worded statute, it is legal to drive with one working tail-light. So, there was no criminal activity.

The majority ruled that even though the officer had made a serious mistake in pulling over the car due to only having one working tail-light; the stop, and the subsequent arrest, were valid. So, if officers simply have a good faith belief that something criminal is afoot, that’s enough to establish reasonable suspicion.

A little over a year later, the Court handed down Utah v. Strieff. The defendant walked out of a suspected drug house in a suspicious manner. Even though there was no evidence of wrongdoing, officers stopped him. When they found out he had an outstanding warrant for an unpaid ticket, they arrested him. The Supreme Court upheld this arrest as well, albeit by the narrowest of margins

So, based on these cases, the “specific, articulable facts” rule is probably more of an “evidence-based hunch” requirement. And, that evidence can be very flimsy…almost verging on intuition or a 6th sense.

In U.S. v. Fueher, a recent Iowa case, officers repeatedly tried to arrest a suspected drug lord. They finally staked out the routes he often traveled and clocked him traveling 66mph in a 65mph zone. They immediately arrested him.

Officers knew the speeding ticket would not hold up in court, because 1mph is within the radar gun’s margin of error. Nevertheless, the court said 1mph over the limit was sufficient for probable cause.

To better understand the difference between reasonable suspicion and probable cause, let’s look at a typical DUI stop and arrest.

As mentioned, a minor traffic violation is usually enough to pull over a motorist in Arizona. But there are other cases as well.

Sometimes, officers set up sobriety checkpoints. These roadblocks are especially common around New Year’s Eve and other holidays commonly associated with drinking and driving. At these checkpoints, officers may pull over vehicles according to a set formula. It does not matter if officers had reasonable suspicion or not.

In exchange for this added power, checkpoint officers must obey a number of strict requirements, such as the way the checkpoint is set up.

Other times, officers receive tips about intoxicated motorists. The court must evaluate this tip to determine if it passed the reasonable suspicion standard. This evaluation includes things like:

For example, if Officer A radios a tip to Officer B, most courts consider that information 100 percent reliable. But if an anonymous tipster made the call, this information is almost 100 percent unreliable. If the tipster didn’t vouch for the information and give their identity, why should the court believe it?

Individually, evidence like this only proves alcohol consumption, at best. For example, if officers smell alcohol in the car, that might only prove that someone in the car had been drinking.

Examples of Probable Cause

Bloodshot eyes and other weak circumstantial evidence may be enough for reasonable suspicion, but probably not for a probable cause arrest for DUI. For this evidence, officers often use the three approved Field Sobriety Tests, which are:

Officers may use other tests as well, such as the Romberg balance test (the head-back, arms out test). But such tests are even more unreliable than the three approved ones.

The HGN test is a good illustration. Nystagmus is involuntary pupil movements at certain angles. To check for nystagmus, officers have people track moving objects with only their eyes. Intoxication definitely causes nystagmus. But many other things also cause this condition, which is also known as lazy eye.

Intoxication is not the leading cause of nystagmus. In fact, it’s not anywhere nearly the leading cause. That designation goes to a childhood brain injury. Additionally, many people have nystagmus and do not know it. The symptoms are so mild that they only appear during periods of extreme stress. The stress involved during the process of a DUI arrest certainly qualifies as such.

The Probable Cause Hearing

This hearing could take place in several different contexts. DUIs usually feature a license suspension hearing, which is basically a probable cause hearing. There, the state must prove that officers had probable cause to request a chemical sample.

That breath or blood sample usually serves as the chief evidence in the state’s criminal case. In Arizona, defendants are intoxicated as a matter of law if they have a BAC level above .08, or the applicable legal limit. If the defendant did not provide a sample, prosecutors normally rely on the circumstantial evidence from the FSTs. As a result, the conviction rate in chemical test cases is significantly higher than the conviction rate in refusal cases.

All criminal cases normally include pretrial hearings as well. If the judge determines that officers lacked probable cause for the arrest, they may throw these cases out of court.

If you have been arrested for a DUI or simply have questions about the criminal justice process and release on a bail bond, Sanctuary Bail Bonds offers bonding services in Phoenix and throughout Arizona. Our award-winning professional bonding services are available 24/7. We take the time to listen and we are a friend on YOUR SIDE! Contact us at (602) 224-5247 or (602) BAIL-247. To learn more visit our FAQ-page.

END_OF_DOCUMENT_TOKEN_TO_BE_REPLACED

What Is the Difference Between Bail And Bond?